JJ’s Waste & Recycling is proud to offer our customers a solution for the recycling of used oil filters.

Oil filters contain two precious resources that can be recycled.

Oil and metal are both recyclable resources. The oil filter recycling process works by crushing/shredding oil filters and collecting the oil extracted.

Customers requiring an oil filter service are provided with appropriately labelled wheeled bins for the containment of oil filters. These are then collected by a JJ’s Waste vehicle and transported to our network of third-party facilities where the filters are crushed/shredded and the metal recycled.

Oil retrieved through the process is refined and repurposed ensuring you are disposing of your oil filter waste in the most environmentally beneficial way.

Please contact our team for more information on oil filter services available in your region.

Not all services may be available in all areas. Please contact your local depot to check service availability.

Our Wacol Facility is strategically located in the gateway to the Western Corridor in SEQ. The facility provides essential waste management infrastructure including our uniquely adapted G-Force equipment. G-Force is specialised equipment designed to maximise the efficient recovery and reuse of oil, sludges and industrial wastewater. Aside from recovering the value from this material, JJ’s Waste & Recycling throughout its significant investment and commitment to recycling and resource recovery, will also assist in ensuring that this material does not end up in Queenslands waterways, landfills and sewerage systems. JJ’s Waste & Recycling is the first in Australia to utilise this innovative technology to recover and reuse waste oil.

Southern Oil has recently increased its re-refining capacity with the 2014 opening of the new Northern Oil Refinery (NOR) in Gladstone. Together with the original Southern Oil Refinery in Wagga Wagga, the facilities now have a combined capability to re-refine over 130 million litres of waste lube oil per year.

Re-refining removes all contaminants and worn additives from used oil to yield high quality base oil products, which are sold to manufacturers as the raw ingredient for production of new lubricating oils. Then 98% of the carbon associated with the original lube oil is preserved in our process, making it the most greenhouse gas friendly process for used oil.

Get in Touch with JJ’s Waste 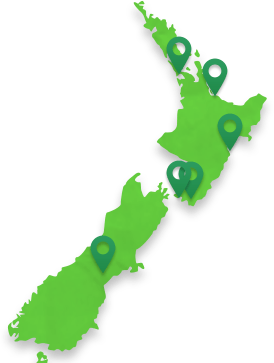 Complete a quote request to enquire about our products or services.

Let us quickly help you find your
nearest JJ's Depot.

Do you have a general enquiry?
Ask JJ's Waste & Recycling here.

We pride ourselves on research, assessment and implementation of forward-thinking strategies to help our customers reduce contamination and increase their recycling options.

Our Company policies and procedures play an important role in ensuring we remain compliant with all safety and environmental legislation providing our customers with the confidence their waste is being collected and recycled/disposed of in accordance with regulations.

JJ’s Waste & Recycling commit substantial resources to research and development of innovative waste solutions which means you, our customers, are provided with the latest in waste and recycling solutions.

JJ’s Waste depot and waste facility personnel proudly service a range of industrial and commercial industries managing all major waste types and streams within their sectors.

See the full list of services below. Contact your local JJ’s Waste for services available in your area.

Please choose your region below. 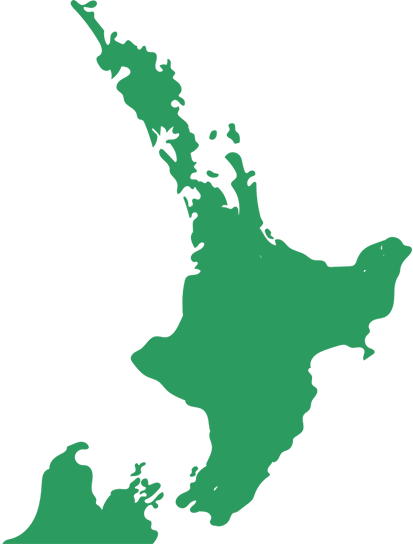 How to get in touch with JJ's

Please choose from the following options

Complete a quote request to enquire about our products or services.

Let us quickly help you find your
nearest JJ's Depot.

Book or change your service via our Customer Portal.

Do you have a general enquiry?
Ask JJ's Waste & Recycling here.

Find JJ's in your country

What type of customer are you?
Residential Bookings
Commercial Quotes 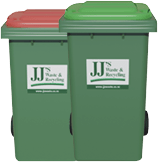 From $4.81 Per Fortnight
Green Waste

From $5.93 Per Fortnight
Green Waste 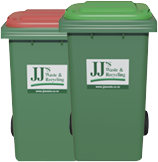 Thank you for requesting a booking!

Your local JJ’s Waste & Recycling representative will contact you as soon as possible.